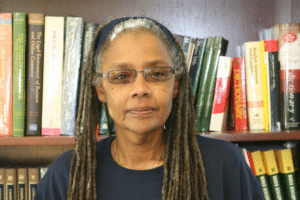 Kathie Stromile Golden is Associate Vice-President for Academic Affairs and Director of International Program at Mississippi Valley State University in Itta Bena, where she previously served as Director of the Delta Research and Cultural Institute. From 2003-2005 she served as Project Director for the Mississippi Consortium for International Development’s Higher Education and Development Project for Iraq. In 2005, Kathie was a Fulbright Lecturer/Researcher at The Academy for Public Administration under the President of Azerbaijan Republic. She is an experienced administrator who has progressed through faculty ranks and administrative levels of higher education in a variety of settings. From 1998-2001, She served as Partnership Coordinator and Budget Manager for The International Development Partnerships Activity at the United Negro College Fund Special Programs Corporation, with oversight of a $38 million budget and has held administrative positions at Morris Brown College, Atlanta, Georgia; Morgan State University in Baltimore, Maryland; Southern University, Shreveport Louisiana. Kathie has also been on the faculty of Political Science at Clark Atlanta University; University of Colorado; Texas Tech University; and Arkansas State University. She possesses expertise in human resource management, academic programming, fiscal affairs, strategic planning, and policy development.

Kathie earned the Bachelor’s and Master’s degrees in Political and Social Sciences from Southern University and a Doctorate in Political Science from the University of Kentucky. From 1988-1990 she was a Chancellor’s Post-Graduate Fellow at the University of Illinois, Champaign-Urbana and a Scholar in Residence-New York University (1997). She is the recipient of lecturer/research awards and grants for curriculum development, study and research in China, Russia, Poland, and Hungary and has received numerous service and leadership awards.

Kathie is the National Conference of Black Political Scientists’ Executive Director and Director of the Graduate Assistantship Program. Her research and publications focus on communist and post-communist societies.